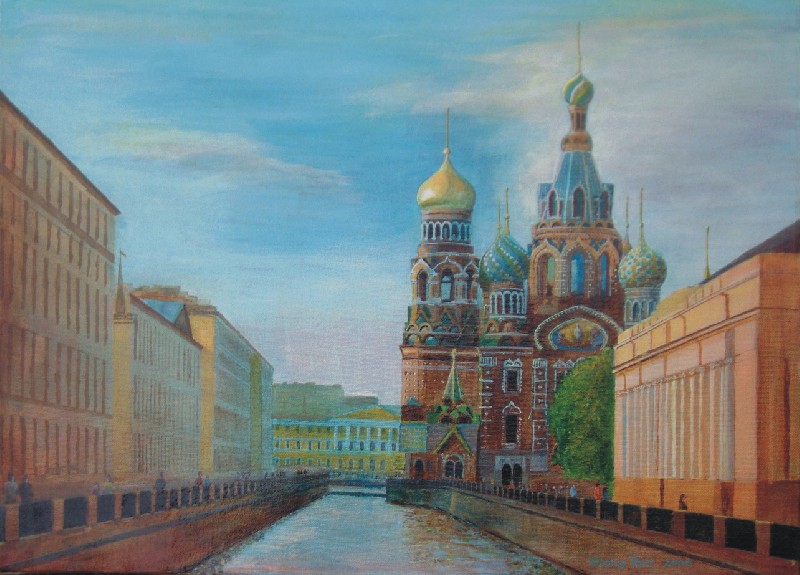 An original painting by Stanley Port.
Acrylics on Canvas: 45 x 60 cm
This painting has been SOLD

Church of Spilled Blood Painting: This church was built on the spot in St Petersburg where Tsar Alexander II was assassinated in 1881. Alexander III set up a competition for the design, which had to be of a ‘purely Russian style of 17th century’. Alfred Parland, a Russian, won and work commenced in 1883 and took nearly 25 years to complete. It is a breathtaking spectacle situated on the Kanal Griboyedova. Some of Lenin’s friends wanted to demolish this monument to Tsarism, and it has been just a warehouse for much of its life. After that it housed the ‘Museum of the People’s Will’ to commemorate the terrorist act that founded the building. Stalin then closed it and it has now reopened as a museum rather than a church.