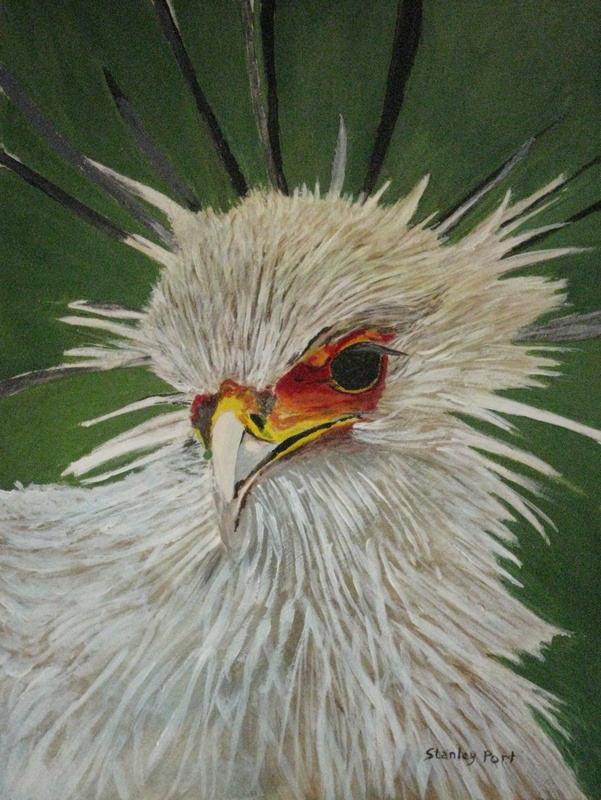 An original painting by Stanley Port.
Acrylics on Board: 30 x 23 cm
This painting is FRAMED and FOR SALE: £120

This striking bird inhabits large areas of sub-Saharan Africa, especially the grasslands and savannahs down to and including the Cape of Good Hope. It is a large bird with a striking gait. It uses its long legs for stomping on its prey, which include insects, mice and snakes. Farmers have domesticated the Secretary Bird to combat pests around farmsteads, especially those snakes. It is instantly recognisable with its black feathers protruding from behind its head, and its eagle-like head and beak. 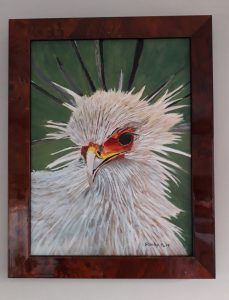 A painting can be a great idea for a present for someone – for a wedding, an anniversary, birthday or for Christmas