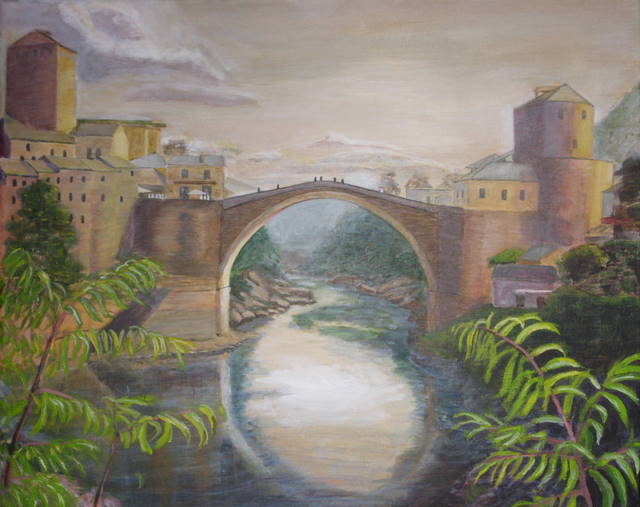 An original painting by Stanley Port.
Acrylics on Canvas: 50 x 60 cm
This painting has been SOLD

A print of this painting is available from the artist   Contact

The Mostar Bridge painting. Mostar is a city in Bosnia Herzegovina situated on the Neretva River. The city was named after the bridge keepers, who in medieval times guarded the Stari Most (Old Bridge) over the river. The original bridge was a wooden structure. It lead from the market on the left bank of the river, and used by traders, soldiers and other travellers. The bridge was reconstructed in stone by 1566, and it became the city’s symbol and one of the most impressive wonders of the Ottoman empire. It was like a rainbow arch, 28 metres long and 20 metres high. Between 1992 and 1993, Bosnia Herzegovina declared itself independent from Yugoslavia and the city was subject to an 18 month siege. The famous bridge, already well over 400 years old, and much of city were completely destroyed. In 1999, a project to rebuild the bridge to the original design was completed in 2004, the money being donated by Spain, the USA and other countries. The city is now a popular tourist destination with crowds arriving to view Stari Most – still its most recognisable feature. 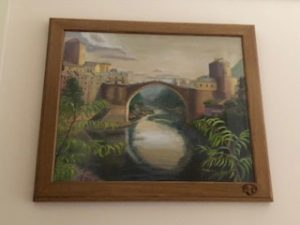