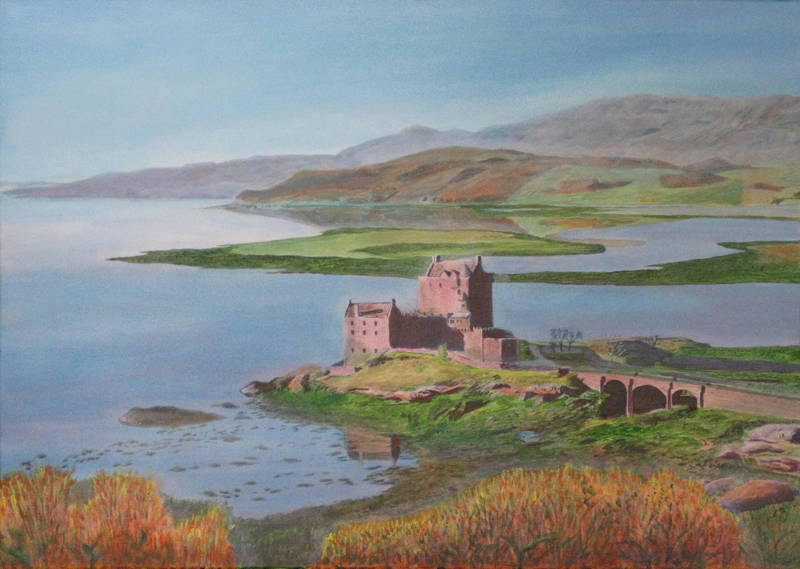 An original painting by Stanley Port.
Acrylics on Canvas: 50 x 70 cm
This painting is FOR SALE: £190

This is the second of three paintings of this castle painted by Stanley Port – a view looking inland toward the southeast. The third painting has been sold.

The castle has a strategic location at the junction of three sea lochs – Alsh, Long and Duich. It is in the western Highlands, and a few miles north of Shiel Bridge. The castle was built on a small offshore island and is linked to the shore by the narrow stone bridge.

The tall crenellated tower is surrounded by majestic mountains, which form a beautiful background. The original castle dates back to 1230 and was built to protect this area from the Vikings. During the Jacobite uprising in 1719 it was occupied by troops from Spain but was then blown up during an English sea-borne attack. Rebuilt in the early 1900s, Eilean Donan Castle has been featured in major films and is visited by crowds of tourists.