Arundel Castle from the Bridge 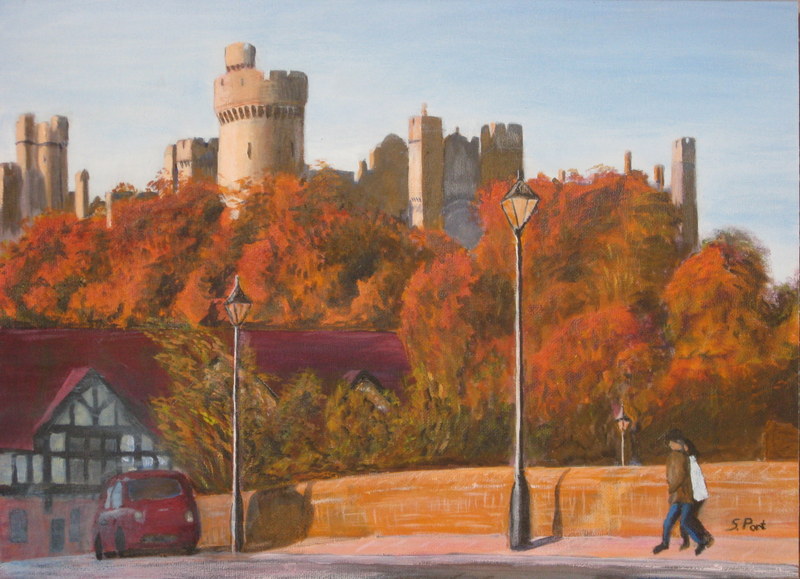 Arundel Castle from the Bridge

An original painting by Stanley Port.
Acrylics on Board: 30 x 40 cm
This painting has been SOLD

Arundel Castle is the home of 18th Duke of Norfolk. The successive Dukes have owned it for about 850 years. Initially a motte and bailey castle, it was Roger de Montgomery, cousin of William the Conqueror, who started construction on Chrismas Day in 1067. Some of this South Front dates from Henry II’s time but the castle was extensively damaged during the English Civil War. It was partly renovated for a visit by Queen Victoria in 1846, and extensively rebuilt between 1870 and 1890. Rooms and gardens are open to the public and demonstrations of mock battles by knights are frequently held. The castle occupies a hill above the town of Arundel, and this painting shows the view from the Queen Street Bridge over the River Arun.